In a previous blog piece, we discussed the importance of various problem-solving and other things that form invaluable skill sets for young people in the 21st century. Among them was the skill of critical thinking, which now becomes the focus of today’s blog.

What is Critical Thinking?

It’s a term that gets banded around a lot. What do we really mean when we talk about critical thinking? Is it just another educational or psychological buzz word? Let’s be clear about what exactly we are referring to when we talk about this topic.

Critical thinking refers to a form of mental discipline in which a person can conceptualize, analyze and reflect upon various input and other information and then apply it in a constructive fashion. Other parts of critical thinking include translating physical experiences into meaningful thoughts and reflections, being able to convert concepts and thoughts into words, and also being able to read more deeply into information that may seem trivial or meaningless on the surface.

Why Do Young People Need This Skill?

Anyone with any understanding of the value of critical thinking cannot deny its superlative utility and importance. It is the most fundamental ability that allows individuals and groups to solve all manner of problems in their lives. They could be academic, work-related or even personal issues. Critical thinking helps people to get through life in a way that is smarter and more constructive.

Young people need to learn this skill mostly because they may not get a chance to do so within their typical everyday schedule. Schools in many countries are laser-focused on standardized testing and the scores for these exams, that there’s little room left over for a real nurturing of critical thinking. There are exception schools, of course, who find many ways to instill this skill set in their students, but most will have to find ways to learn it on the outside.

The value of critical thinking for young people can be summarized thus:

At any level of education, fostering a strong ability in critical thinking is a clear precursor to greater academic success for students. Critical thinking forms the foundation of just about every important academic skill you would care to name. It starts with basic concepts like connecting command words — e.g., evaluate, summarize, explain, justify, etc. — to appropriate responses. It then builds into interpretation of raw data, understanding the implications and impacts of different outcomes, grasping and explaining the differences between things and why they exist…the list goes on.

Another way of describing critical thinking is simply the ability to think clearly and remain rational when faced with a problem or difficulty. Many issues in the world are exacerbated by some people’s inability to be rational or think things through properly. People act rashly, impulsively and base too many decisions purely on emotion. We’ll never remove that quality from ourselves completely but strengthening clarity and rationality from a young age is important.

The 21st century is the home of the new knowledge economy. Where the 19th and 20th centuries were defined mostly by physical skills and trades, the new century is defined differently. Now, intellectual skills, creativity, analytical ability and other related skills are prized above anything else. The ability to absorb, understand and apply information at a fast pace is crucial, and that’s something you gain from critical thinking.

4. In Other Important Skill Sets

Critical thinking is like one of those fundamental cooking ingredients that help to define a regional or national cuisine. It’s the “staple” of our intellectual world. For example, when we hope to nurture a generation of creative minds who can innovate and develop the new technologies that will potentially save our planet and our species, we’ll have to start with critical thinking. When we hope to furnish our children with the skills needed to build the next billion-dollar enterprise, then we’d better first allow them critical skills necessary to envision what problems people have and how to solve them.

In their fascinating work, “Critical Thinking Development: A Stage Theory,” Linda Elder and Richard Paul outlined how students with the ability to analyze, reflect and constructively critique are also able to make connections between their learning.

What that means is that students who with strong critical thinking skills are able to take the knowledge, information and experiential learning experience of one time or subject and see how it relates to that of another time or topic. What this does is make learning a more impacting and meaningful experience for young people.

How many times have you encountered a young person — perhaps even yourself when you were in school — complaining about the things they’re learning in class as useless. This shows that a lot of even modern education is badly disconnected from life, or at least that students are lacking in the critical faculties to connect school learning to their lives.

In this final section, we’ll look at some great ways for young people to grow their critical thinking skills.

Getting into the outdoors and engaged in fun activities is the first great way to boost critical thinking skills. As we mentioned, thinking critically is a foundational problem-solving skill. Activities like orienteering and outdoor sports are great ways to get kids to work together toward common goals, as well as promoting their better physical and mental well-being, both of which are conducive to greater critical faculties.

When class is over, finding some time each day or each week to engage in additional learning is an effective way to bring critical thinking directly to the academic space. Extracurricular classes broaden the mind and often fresh perspectives on common school subjects. This is an invaluable experience for any young person.

Learn more about teaching critical thinking and other 21st-century skills to young people through our own programs. 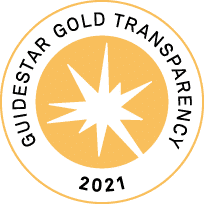 We earned a 2021 Gold Seal of Transparency!